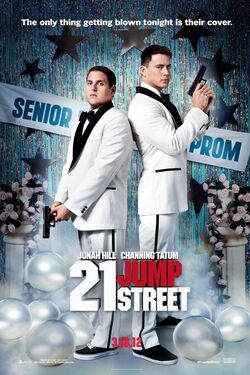 21 Jump Street is a American action comedy film and a re-invention of the original 21 Jump Street tv series. The film is produced by Sony and directed by Phil Lord & Christopher Milller. It stars Jonah Hill and Channing Tatum as Morton Schmidt and Greg Jenko respectively. The pair plays police officers, Morton Schmidt and Greg Jenko who must go undercover in a high school to bust a drug ring, just like Johnny Depp in the original series. Depp and Peter DeLouis also have a cameo in the film, playing their respective characters as Tom Hanson and Doug Penhall.  In 2009, Hill described the film as being "R-rated" and "insane". He also rewrote the original script by screen writer Joe Gazzam. The film was released on March 16, 2012 and was a box office hit.  A sequel, 22 Jump Street, was released on June 13th, 2014.

The film is a modern-day update of the original series. It deconstructs the shows premise uses its gimmicks to help show the progressions and advancements of modern day high school. .

Morton Schmidt and Greg Jenko were former classmates who meet again at a police academy, Schmidt was the nerd and Jenko was the jock. They end up becoming friends as they help each other with weaknesses, with Schmidt helping Jenko study and Jenko motivating Schmidt through physical activity. The two graduate together as partners, but are assigned to park patrol. The two are reassigned to a revived specialty division on 21 Jump Street. As the two are chosen by Captain Dickson to infiltrate a high school because of their youthful appearances as the two are assigned to stop a synthetic drug from spreading to other schools by finding the supplier. The two think it might be the popular kids. Eric brings the two to the dealing room where Eric forces them to take the drug there and not wait. They try to regulate it but unsuccessful and go under phrases of the drug while talking to their P.E. teacher, Mr. Walters. Schmidt manages to fit in with the popular kids and finds a romantic interest, Molly. While Jenko makes friends with the nerds, while his teacher, Ms. Grigg takes a sexual interest in Jenko. Schmidt throws a party at his house to gain Eric's trust and a opportunity for Jenko to tap into Eric's phone. Despite, Captain Dickson telling the two to not serve alcohol and drugs to minors. When neverletness buy alcohol and steal marijuana. When Eric arrives to the party with Molly, Jenko manages to steal Eric's phone and gets his friends to tap into it, while, Schmidt fights off a rival of Eric. Schmidt pretends to sell the drug for Eric, but actually giving it to Captain Dickson to be confiscated. At Eric's house, Schmidt asks Molly to prom, while Jenko is listening through Eric's phone. He also insults Jenko to Eric with Jenko listening. Jenko sees Eric leaving school and brings Schmidt along and see Eric dealing with the Percenters and they follow them, but they are forced to run away after Domingo spots them. Jenko confronts Schmidt for his earlier insults, ruining the case and getting in too deep, the two get in a fight which gets them expelled and fired from Jump Street. Later that night, Eric tells them that a deal will happen during prom, they are surprised to see that the supplier is Mr. Walters. At the prom, the One Percenters arrive for the deal and Domingo recognizes the two as police officers and tells two of his men to kill them. However, the two men reveal themselves as DEA agents, Tom Hanson and Doug Penhall, who were part of the Jump Street program when it began. Tom casually talks to Schmidt and Jenko during the standoff, which gives opportunity for Domingo to shoot Hanson and Penhall multiple times in their chests and necks (they later die, but in a deleted scene, they survive). A gunfight ensues among Schmidt and Jenko, Mr. Walters, and the One Percenters. Mr. Walters and Eric escape in a limo with Molly as a hostage, with the One Percenters pursue all of them in another limo where Jenko creates a homemade chemical bomb from his knowledge in AP Chemistry to kill the One Percenters. Mr. Walters shoots at Schmidt, but Jenko jumps on front of him, but gets shot in the arm and his chest, which was protected by a bullet-proof vest. In response, Schmidt shoots Walters in the groin, severing his penis. The duo successfully arrests him and Eric. Schmidt makes amends with Molly and kiss each other. The duo are rehired into Jump Street, where Dickson gives them a new assignment in a college setting, much to Schmidt's excitement to Jenko's dismay.

Differences from the Original Show[]

The movie is like an affectionate middle finger to the original show. The movie shows an awareness of how cheesy and outdated the series was, so instead it used the same premise and gimmicks and put them in a modern setting rather than replicate what had been done in the past.

Instead of being a police procedural teen drama set in the 80s, the movie is a buddy cop-action-meta comedy taking place in the early 2010s. The film features a whole new set of characters including Morton Schmidt, Greg Jenko (named after Captain Richard Jenko), and Captain Dickson (who is like a comedic version of Captain Adam Fuller from the original series), The movie preferred to have the old characters be played by their original actors and new characters played by entirely different people.

The movie heavily deconstructs the show's premise and mixes it with tropes of teen dramas, police procedural movies, and crime action flicks from the 1980s and 2010s. It then uses the original show's tropes to establish the advancements of modern-day high school. Teenagers in the movie are more self-aware and suspicious of the guys going undercover, so the movie has a lot more self-referential humor than the original show did. It also shows the positives of modern life in high school by showing the teenagers as socially aware kids who care about the environment and people who are tolerant and respect others are considered “cool”. 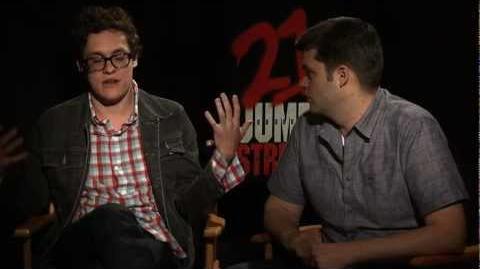 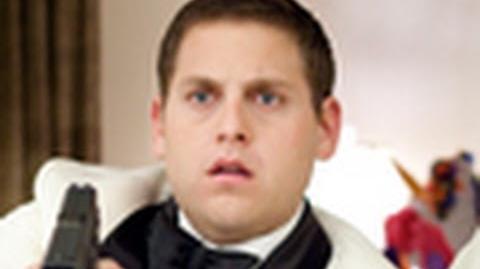